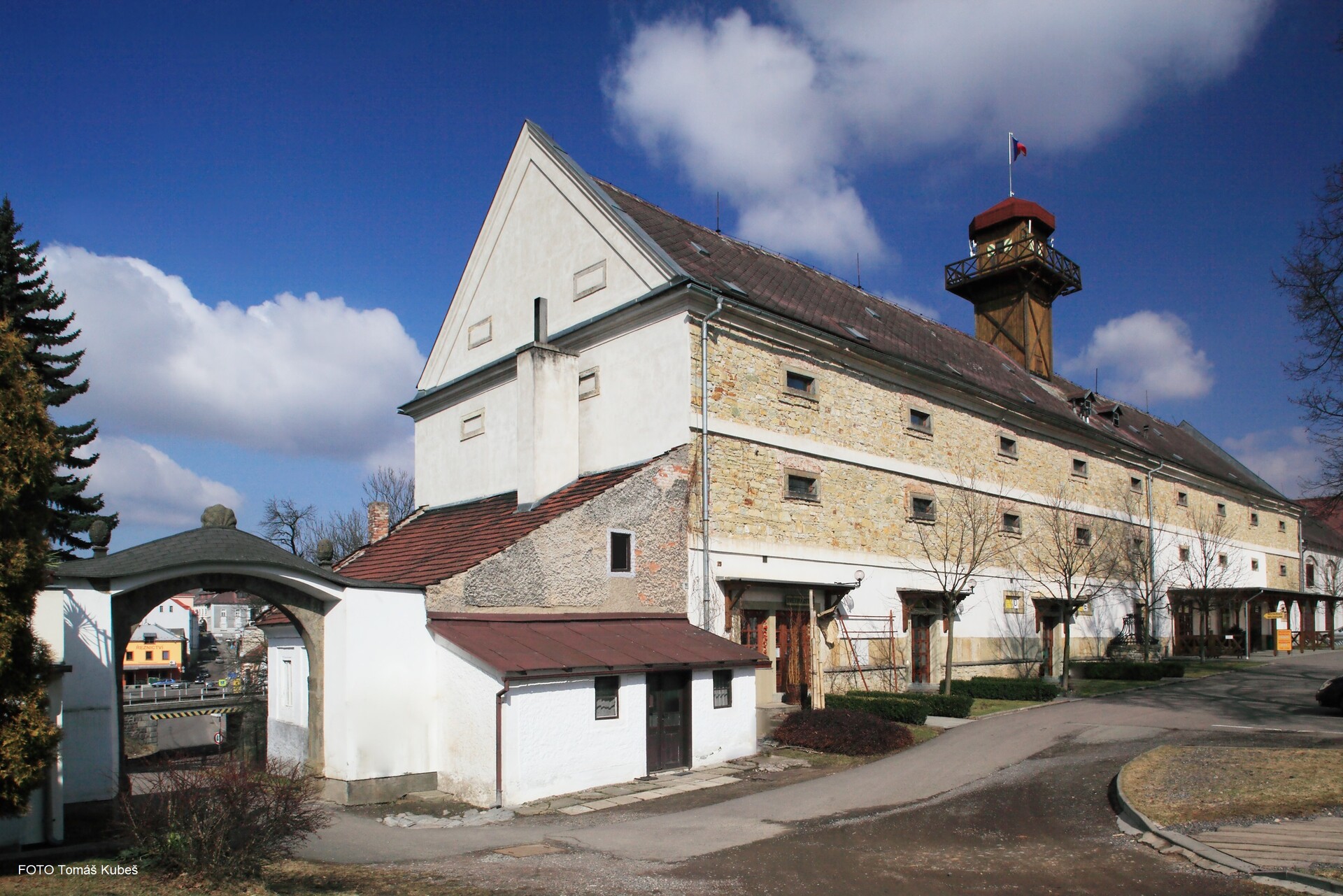 With the area of 1650 m2, it is the biggest museum of its kind in the Czech Republic. It includes more than 50 compound expositions of crafts and trades from the period 1840 - 1930. Apart from relatively known professions such as a joiner or a woodcutter, work of a tinsmith (an extrusion man), a wheelwright, a cooper, a shingle maker and many others are presented here. The most interesting exhibits are carved mechanical open-air museum of crafts, mechanical workshops, an exposition of saw mill with three functioning frame saws and exposition of a schoolroom with folk costumes. There is also a exhibition called VEHICLE DEPOT which shows historical vehicles. After the tour around the museum the visitors can sit down in a stylish Restaurant Novy dvur, which is placed in the same building as the museum.